On May 6th, 2017, I made signed a contract between myself and a lady named Kate which stated that every thing I owned was hers, and everything she owned was mine. That she would look after me during health and the lack of it, in return that I would look after her also. That we would forsake all others, and keep each other till the death parts us. She gained my surname, and I gained a wife.

That was a year ago, and it feels like both a lifetime ago, and last week.

Anniversaries are important things, especially the first, and the major milestones throughout life. They are things that should be celebrated, even if it’s only for a few hours in an otherwise stressful life. and the First year anniversary is dubbed the ‘Paper’ anniversary.

Now, you may have seen some of the illustrations I created for the big day on the ARTWORK page. This style seeped into every visual aspect of the wedding, from the invites to the table plan to the cake toppers. As such, a year on, it made sense to do another illustration for our Paper Anniversary.

Below are a couple of sketches and studies based on a few favourite photos from our big day. As you can see, the illustration style is a lot more lifelike compared to the illustrations for the wedding. 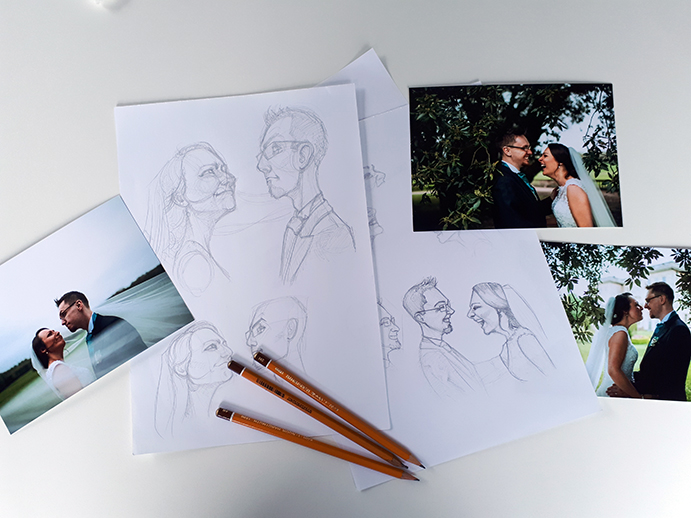 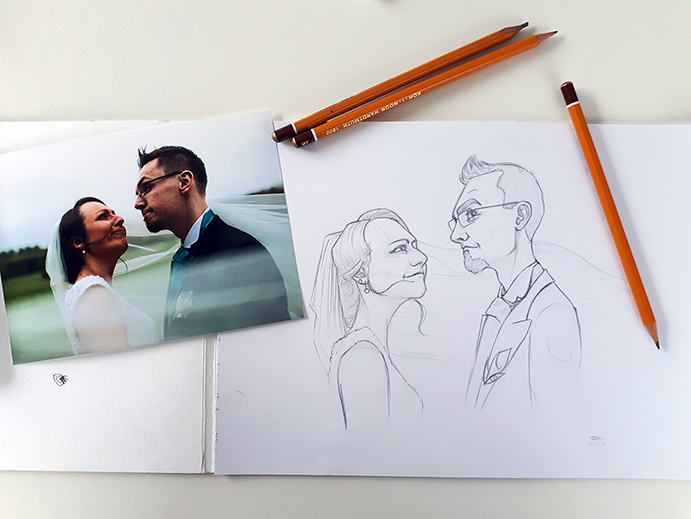 And finally the end piece, set in a nice simple frame with a little inscription. I kept all of the other sketches and reference photos and placed them inside the frame as well, just so when our grand kids find it, they will have something else to look at! 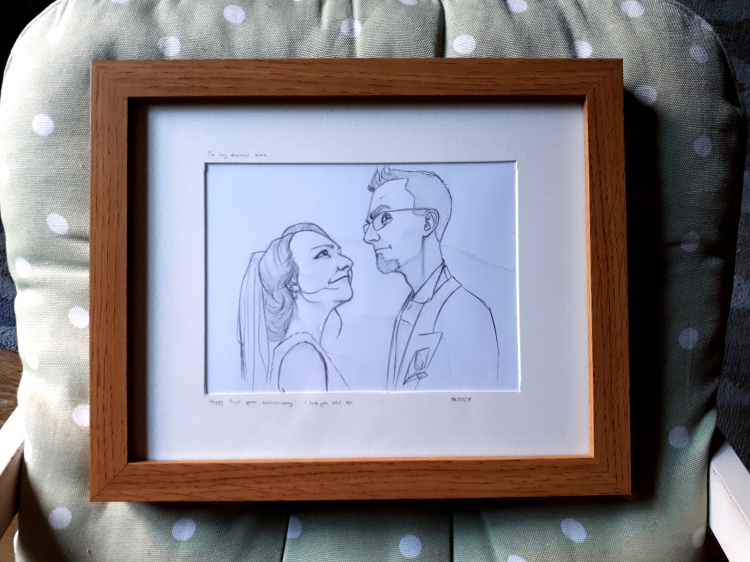 Kate was very pleased by the piece, so I suppose a week of learning how to draw her payed off!