Well shucks, it seems that I haven’t posted anything on here since October… and that’s because a lot of stuff has been going on. Specifically a LOT of stuff going on during the weekend bridging January and February. Unfortunately very little of this stuff is good old animation, but let’s go through it.

The Dawn of the First Day.
Taken yesterday, after the first night in our new house. 🙂 pic.twitter.com/OTw9MaiZPM

So my wife and I have been blessed enough to buy a house. After a long while of saving and looking, we found a house that we loved, and are now paying through our teeth for it! We completed at the start of February, and over the past month we have been slowly moving stuff over, cleaning and decorating as we go, until recently when we have finally fully moved in.

The house is great, but it would have upped my commuting time to work at Sumo from an hour and a half to almost two hours each way. Now I know that there are people who do that with joy, but that aint me. I just don’t like having early starts and returning home late. I needed to find a way to balance my work life and my home life.

So today is my last day working at Sumo Digital. So I made a little video as a means of saying good bye to my team.

Sumo are a great studio to work with for, and the animation team are wonderful people. It's sad to be leaving those guys. pic.twitter.com/f7v7HVwCrB

It was a hard choice to make. Sumo have been a great company to work for over the past two and a half years. I have learned a lot and made some great friends.

I first started Sumo working on Crackdown 3 (which has finally come out, see my credit bellow :P). It was the first AAA game I had worked on, and sure, it has received mixed reviews, but on the whole it looks like a hell of a lot of fun!

YEAH BOI! There’s my cousin @ozdurose in the credits of @crackdown 3! pic.twitter.com/62M9rgH0fS

However, commuting all that way weighed too much on me. And with a house in the mix, I decided to make a move.

Special Announcement Number 3: I have a new job.

As some of you may know, I am in the process of switching jobs.
I would like to announce that as of tomorrow I will be joining the team at @NSCcreative. As such I have spent the past could of days making a nice little #space-themed announcement video. pic.twitter.com/dXc2kvSZkK

At the start of February, I started a new position working at an old studio. NSC Creative were the first studio to hire me out of university. I worked for the studio as a CG Generalist (specialising in Character Animation when I could) for a period of six years. During that time they grew from a team of 8 to a team of 20+. However, I knew that I wanted to develop my skill as an animator, and felt I needed experience with other studios to help me develop. As such I moved on.

Now, three and a half years later, armed with a load of experience, I am back at NSC Creative. It is strange, it feels exactly the same as it did, with the same faces and the same space-themed work. Though my title is as a Lead Animator, the actual Animation part of the job is currently quite limited, but this is something I was aware of before re-joining. 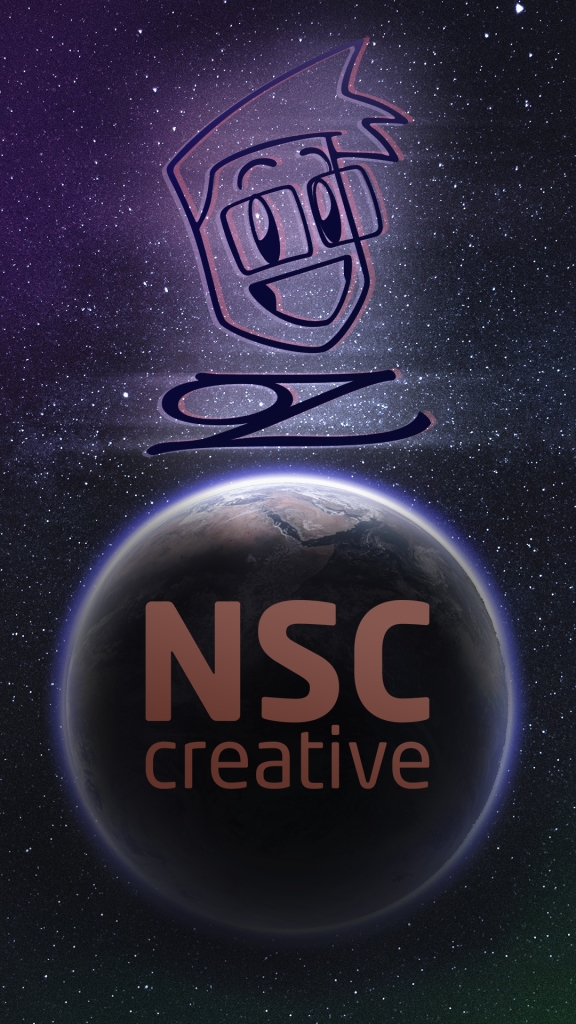 The thing is this; as much as I enjoyed animating for games, I found it a little repetitive – the projects I worked on tended to need the same animations done time and time again. However, at NSC there is a wide range of skills needed and used. As well as the occasional animation work, there is modelling and rigging to do, compositing and 2D animation. I have the opportunity to write, develop storyboards and create concept art. And though I will miss animating everyday, I will be practising other creative outputs, which I have really enjoyed in the past.

Additionally, the choice has brought down my daily commute to around twenty minutes! That’s a saving of over two hours a day!

My favourite slide for my @int_futures talk on Saturday! Loosely explaining the thought process behind animating a single shot. pic.twitter.com/ijb5hiEBpg

Ok, so I am going to spend some more time on this at another point, changing the presentation into a short video.

So on the second of February, two days after I left Sumo, one day after I picked up the keys to the new house, and two days before I started at NSC Creative for a second time, I was asked to give a presentation about games animation at an industry event called Interactive Futures.

The talk was primarily centred around my understanding of what it means to be a game-play animator, or rather the difference between animating for interactive and non-interactive media.

The talk went well, though I am not sure what percentage of the crowd actually had an interest in animation…

Anyway, they are the main reasons I haven’t posted in over 4 months. I hope it wont take me as long before I post next, but the house is priority at the moment.

Have a great day, everybody!