So first I have to apologise. It has been far too long since I have worked on my webcomic Mr Think. I posted page 16 a couple of weeks ago, and I am halfway through page 17, but it has been months since I have regularly posted. I am looking forward to finishing the 21 pages of the first issue I have promised myself, but I have been distracted of late.

The reason being? I’ve been working on something else in my spare time.

As an animator, I love watching cartoons, and it is a dream for me to work on a fun, well received children’s animated series. Even more of a dream for me is to be able to create my own.

And so that is what I have done. Well… started on the journey towards anyway.

Over the past few months, my evenings have been consumed by constant drawing and writing. Recently I have finished what is known as an Animation Pitch Bible – a short document outlining the series, the characters and potential episode springboards. I have also written a 35 page Speculative Script for the first episode, which, to be honest, I’m quite happy with!

Now I’m not having a false sense of grandeur here – I know it will probably not sell. I know that producers see thousands of Pitch Bibles each year, and that out of them, very few are chosen to be developed. This is my first attempt at something like this, and I have learned a lot on the way. I have really enjoyed myself during the process, and so if this idea gets picked up – Excellent! – if not – no worries. there will always be new ideas and new pitches, and with each one I am certain to learn something important!

Still. It would be amazing to get this up and running!

For now, though, I’m gonna keep the series hush hush.

So, in case you haven’t seen from my previous blog posts, I listen to Critical Role, a show where nerdy voice actors play Dungeons and Dragons. The ‘Critter’ community is massive, and my twitter feed is constantly buzzing with fan-art of the show. One watcher decided to create a ‘Critter deck’ challenge – where critters draw themselves as DnD characters.

Here is my portrait of myself as an Orc. It took me a couple of hours over a couple of lunch-times to do, and i realised how out of practice I am with the whole digital painting thing, but I’, happy with the result.

Here are a couple of pictures I have done over the past couple of weeks. A couple superheroes, a lemoncello and a couple of fantasy images. 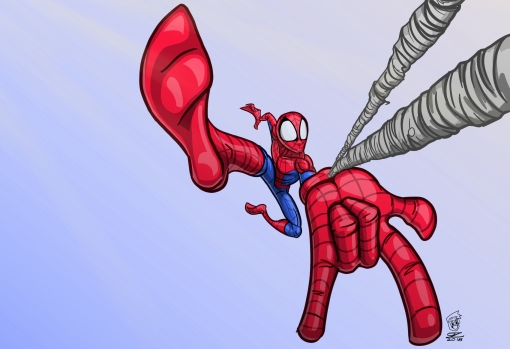 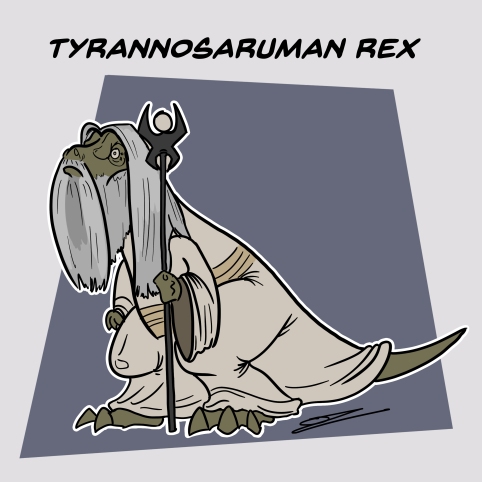 Well it’s been a while since I have done any prose, and I have a pretty cool idea for a short story I want to write out properly. I’m going to get back onto Mr Think and finish this issue and get round to writing the rest of the story (I’ve had so many ideas for this guy, I wish I could do each page faster!).

The thing is, I have really enjoyed writing the speculative script, and if I could get on board with some freelance work writing episodes, that would be amazing! and from what I can see, the best way to do this is by writing speculative scripts for pre-existing shows.

That originally sounded like ‘Fan-Fiction’ to me. And to an extent, it is. But something with a bit more weight behind it. So I’m going to see what I can do and try to get it out there.

Thanks for reading guys, I hope you enjoy my illustrations, and if you have any comments, or if you are a producer of animated series and want to see the pitch, please get in touch!